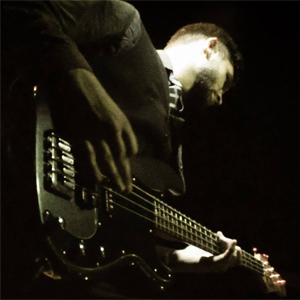 Elastik Labs was founded June of 2010 in Cedar Rapids Iowa. From the very start Elastik Labs has been on the cutting edge of recording gear, techniques, and quality. Elastik Labs created a unique experience for all everyone, working with dozens of artists and many genres throughout all of Iowa.

In June of 2011, Alex relocated to Tucson, Arizona. Since then, he has progressed on a a musical journey working with many forms of music as a Producer and Engineer, as well as performing and writing in rock/metal group The Endless Endeavor. In July of 2012 Alex opened doors to Elastik Labs - Tucson. Continuing to offer the highest quality services he has been known for, as well as limitless inspiration and motivation for all projects, all in a comfortable studio environment.

“When Producing/Engineering a LP, EP, or even a Single with an act, it becomes more than just a recording. The Engineer is the gateway between the performer and the world musically. If the Engineer isn’t on your side, you are going to get a product that is sub-par and lifeless.” – Alex Best

While there are many studios that create an intimidating feeling with their size, rates, Engineers, etc., we strive to keep that feeling out of the process. We are real people who love to work with artist’s ideas and visions.

“Alex Best was a lot of fun to work with. He’s not one of those guys that’s all business.. you have to have a sense of humor in this game or you will be looked at as the prick. Alex was really good at explaining things and breaking stuff down to make it more simple. [He] capture[s] a guitar tone that is un-comparable to most. He’s one of those guys that works until your happy. I miss working with him a lot and hope down the road we can do it again.” - Jacob Ashton (Ex- Marla Singer)

50% of your quoted project is due upon booking. The final 50% is due upon final product, but can be paid as installments during our work together.

One scheduled, please adhere to your booked time. 24 hour notice is required on cancellation of sessions, but availability is not guaranteed.

From the ground up, your single/EP/album will be captured in house with us. Beginning with Pre-Production to solidify song structure and timing, each instrument will then track individually to create the entire performance. The equipment and backline provided in our studio is readily available and open for use.

Once all performances have been captured, we begin to process each element to blend together as well as perform touch ups on vocals, guitars, drums, etc. Reamping is also a part of this process.

We offer remote mixing/mastering services, which includes editing, processing, mixing, and mastering. Depending on what your needs are, the price will vary. Contact us for a full quote.

We also offer a wide range of other remote services, such from venue consultation to lighting installation. Contact us involving live sound as well as live recording services.